Be sure to avoid costly mistakes by downloading this free guide first!

Several politicians in Tennessee are diligently trying to bring the green market to the Smokey Mountains. A bill was drafted last year, but at the 11th hour decidedly not introduced. The authors felt the bill lacked support, and deemed more conversation was needed with various state agencies and departments to garner backing before bringing to the floor. 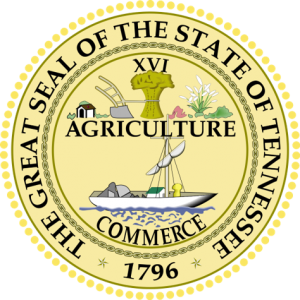 Earlier this month, medical marijuana supporters pleaded with law enforcement to support the law should it be brought forth. Police are struggling to reconcile federal law with hypothetical state law. Marijuana is still scheduled within the same class as Heroin federally, and possession over a ½ ounce in Tennessee is a felony3.

Yesterday, State Senator Raumesh Akbari filed a bill to legalize the sale of marijuana to all citizens over the age of 21. Historically, states will legalize marijuana for medicinal use first. This jumps this initial step and goes directly to the complete decriminalization and legal sale. Senator Akbari’s bill is exuberant and enthusiastic given the climate in Tennessee. Perhaps he’s hoping this bill will be the harbinger for change; even if it’s minimal compared to his current requests.

“Tennessee’s tough-on-crime possession laws have trapped too many of our citizens in cycles of poverty, and they haven’t actually stopped anyone from obtaining marijuana,” Akbari said, as quoted by the Memphis Flyer. “The enforcement of these laws in particular [has] cost our state billions, contributed to a black market that funds criminal organizations and accelerated the growth of incarceration in Tennessee’s jails and prisons. Tennesseans deserve better.” – Senator Raumesh Akbari, High Times Magazine 1

Senators Steve Dickerson and Janice Bowling are both vocal in their support for medical marijuana and have expressed intentions to introduce legislature in 2020. They will face obstruction from Governor Bill Lee; he opposes the legalization of marijuana for medical use.

The winds of change are sweeping the nation. Will Tennessee be among the next batch of states to enter the green rush? We shall soon see.

At KL Security, we have a proven track record for helping cannabis growers, processors, transportation and retail dispensaries with security planning and operational protocols to meet compliance with state laws and security requirements. Utilizing the Total Harvest Coverage methodology for cannabis facility security plans as well as cannabis business operation improvements, we have successful projects in facilities in multiple states, including the Midwest,  helping leading cannabis businesses and CRB meet state requirements for compliance in the ever changing world of cannabis legalization and decriminalization.

Information has been gathered from sources deemed reliable but not guaranteed and is subject to change without notice.