The aviation industry is rife with numerous chemicals, compounds and 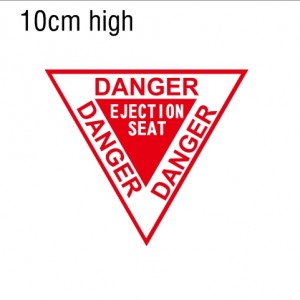 The most commonly encountered NFPA 30 chemicals that are encountered in the aviation industry are; acetone, ammonia, asbestos, carbon monoxide, chlorofluorocarbon 113 (CFC 113), ethylene glycol, methylene chloride, and methyl ethyl ketone (MEK). More chemicals can be found for all industries listed on the Materials Safety Data Sheet (MSDS), which should be on site at any facility storing any of the 0ver 4,000 chemicals listed on this list.

Certain materials used in aircraft ejection seats may be required to be stored in qualified storage magazines, day boxes or Type 2, Type 3 or Type 4 cabinets and boxes. These may include cartridge activated explosive devices, boosters, or impulse cartridges.

Cartridges are typically stored where they are not exposed to direct sun or high temperatures, this generally means storage in a cool, dry place or storage magazine. Local jurisdiction will provide requirements for storage of percussion-fired cartridges.

Acetone – Acetone is an organic compound that is extremely flammable. It is used as a solvent, and in the degreasing process. Primary aviation uses are in the area of painting and buffing of aircraft.

Ammonia – Ammonia is a colorless compound of nitrogen and hydrogen with a very pungent odor. It’s primary uses in the aviation industry is the base ingredient in many aviation cleaning products.

Asbestos – Asbestos derives from a group of chemicals occurring naturally in the environment that can be separated into thin, durable threads. These threads are resistant to heat, fire, and chemicals, and do not conduct electricity. Prior to the 1980s, asbestos was found many places in the aviation industry including the engine, insulation, brakes, cockpits, heating systems, heat shields, torque valves, gaskets, electrical wiring, and insulation. Once the carcinogenic effects of asbestos were thoroughly examined, the aviation industry began to phase out the product. It is not very rarely found, and then predominantly in adhesives and epoxies.

Chlorofluorocarbon 113 – (CFC 113) CFC 113 s a organic compound formed from carbon, chlorine, and fluorine, and is produced as a volatile derivative of methane, ethane, and propane. CFC 113 is commonly known by its DuPont trademark name “Freon.” CFC 113 is used in aviation primarily as a refrigerant. Use of CFC 113 was severely curtailed in the 1980s when its negative effects on the ozone layer were discovered.

Methylene chloride – Methylene chloride (commonly known as Dichloromethane, or “DCM”), is a colorless, odorless, volatile organic compound with a moderately sweet aroma that is predominantly used as a solvent. The primary uses of DCM in the aviation industry are as a paint stripper, degreaser, and aerosol propellant.

Methyl ethyl ketone (MEK) – MEK (commonly known as butanone) is a colorless organic compound with a sharp, sweet odor reminiscent of butterscotch and ammonia. It is commonly used as a solvent, and plastic welding agent. Its primary use in aviation is as a cleaner for bare metal surfaces.